The seedings and the partner federations of the hosts have been confirmed ahead of the FIBA Women’s EuroBasket 2021 Draw, which will take place at the Santiago Grisolia Auditorium in the City of Arts and Sciences in Valencia, Spain on March 8, 2021.

In instances of teams with the same average ranking, the final position at the FIBA Women’s EuroBasket 2019 served as a tie-breaker.

The seedings are as follows: 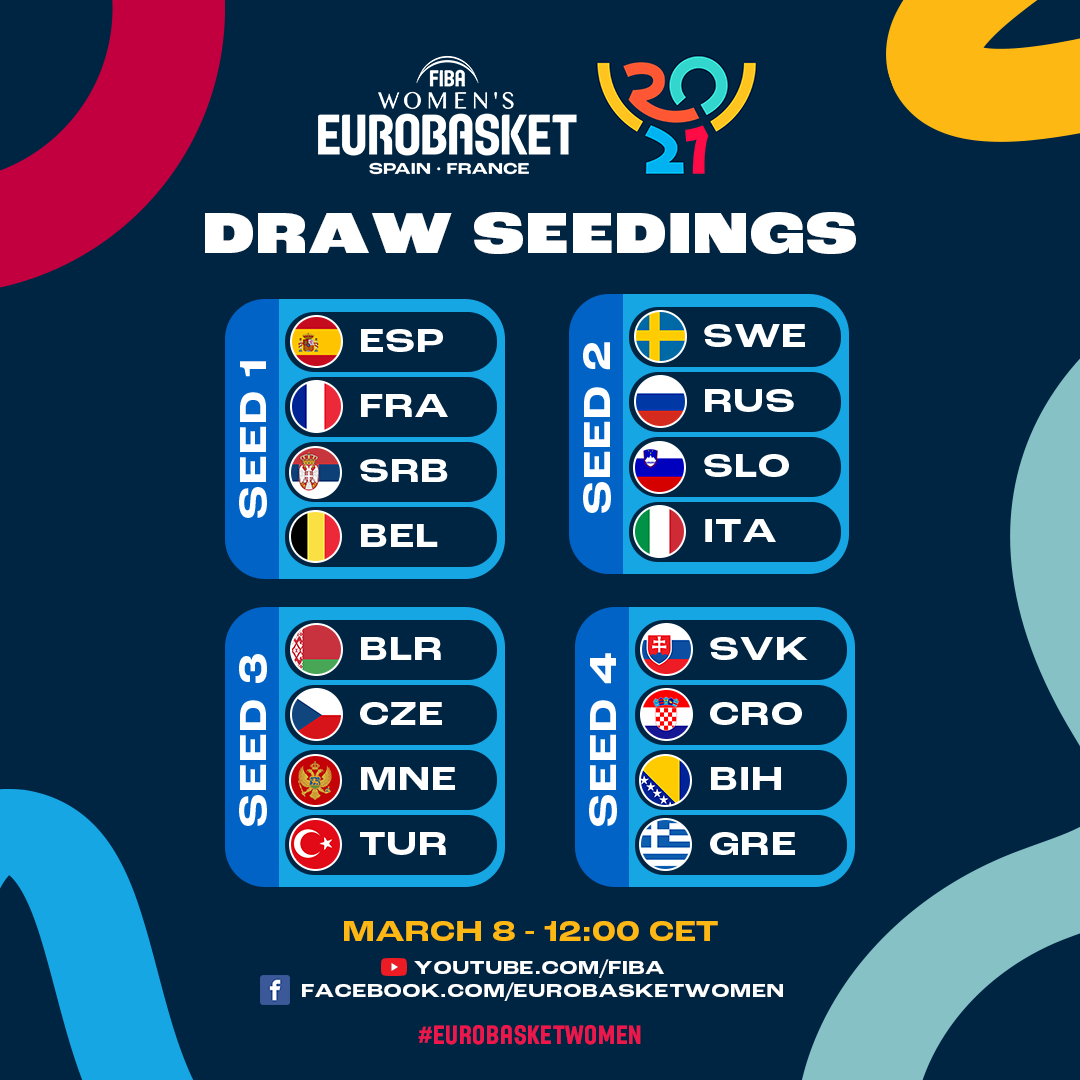 The participating teams will be drawn into four groups of four teams each.

FIBA Women’s EuroBasket 2021 hosts France and Spain had the right to choose a partner federation, which will play in the respective country.

After being selected by France, Belgium will be drawn to one of the groups in Strasbourg, but cannot go in the same group as France as both countries have the same seed.

Meanwhile, Spain have chosen Slovakia as its partner; both teams will drawn in the same group in Valencia.

The draw will take place at the Santiago Grisolia Auditorium in the City of Arts and Sciences at 12:00 CET on Monday, March 8, 2021 and can be followed live on theFIBA YouTube channel and the FIBA Women’s EuroBasket Facebook page.

Former national team players Anna Montanana and Cathy Melain will assist with the drawing of the groups, representing both of the co-hosts, while Spain legend Amaya Valdemoro will be one of the presenters.

The FIBA Women’s EuroBasket will take place from June 17-27, 2021, with the Group Phase, Qualification for the Quarter-Finals and the corresponding Quarter-Finals taking place in Strasbourg and Valencia and the competition concluding with the Final Phase in Valencia.

ESPN Player is the home of NCAA College Basketball.