A total of 33 clubs registered for this season's competition, with the best-ranked registered club from each of the Top 14 national federations in the Club competition rankings qualifying directly to the Regular Season

FIBA Europe announced on Monday the clubs that will take part in the 2021-22 edition of the FIBA Europe Cup as well as the teams that will compete in the Qualifiers tournaments with the hope of advancing to the Regular Season.

A total of 33 clubs registered for this season’s competition, with the best-ranked registered club from each of the Top 14 national federations in the Club competition rankings qualifying directly to the Regular Season. Those 14 clubs are: 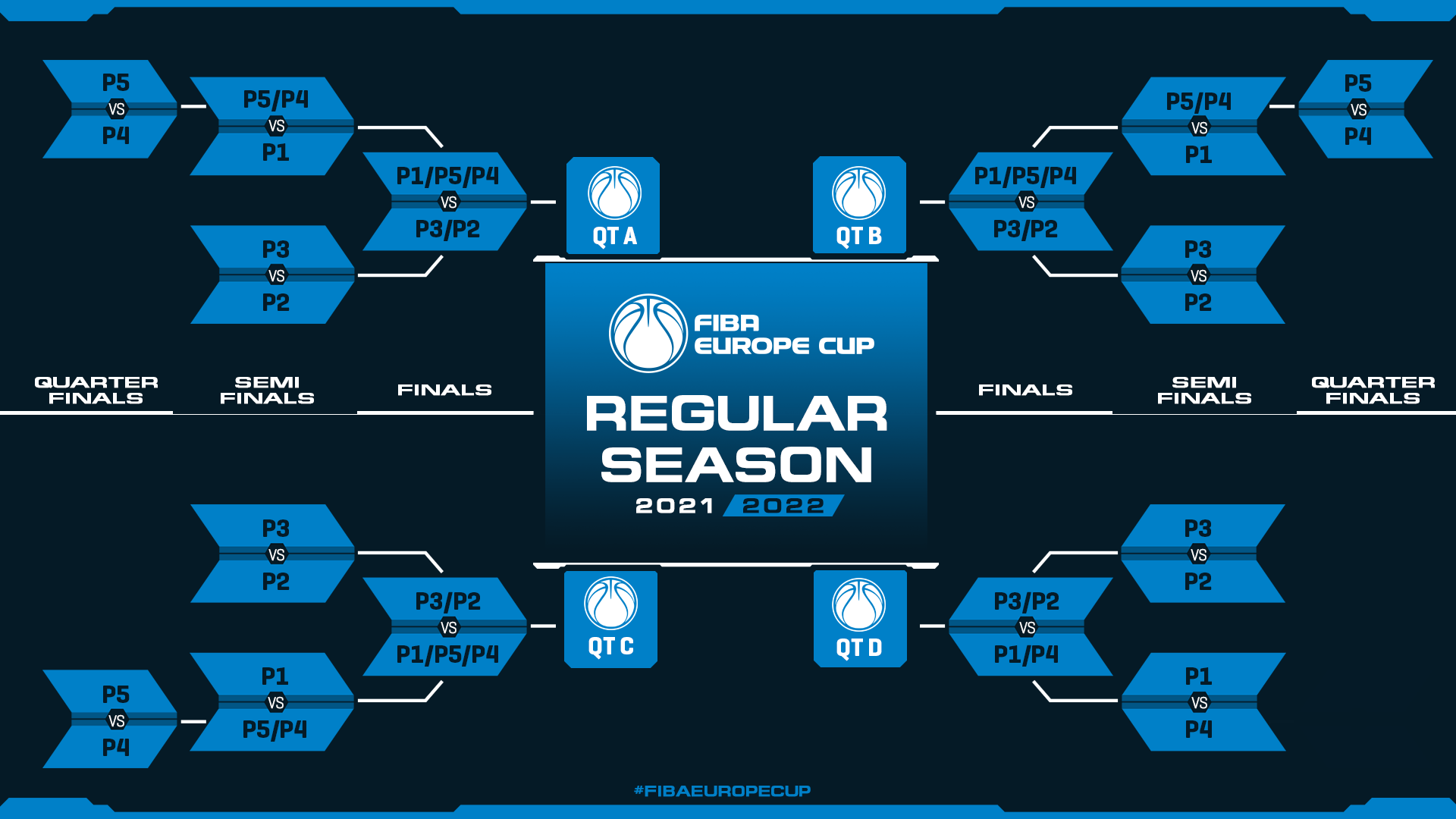 Four Qualifiers tournaments will take place, during the week that runs September 27 to October 1, 2021.

The 19 clubs that compete in those Qualifier tournaments will be split into five pots (seeded and unseeded) for the purpose of the draw, based on the aforementioned Club Competition rankings.

Teams from Pots 1, 2 and 3 are seeded and will enter the tournament directly in the Semi-Final stage.

The eight winners of the Semi-Finals will face each other in four final pairings with the winners joining the FIBA Europe Cup Regular Season.

Any additional spots in the FIBA Europe Regular Season that might open up after the completion of the BCL Qualification Tournaments will be taken up by the losers of the FIBA Europe Cup Qualifiers tournaments Finals, according to the criteria in Section D of the Official Basketball Rules.

The draw will take place in Freising, Germany on Thursday, August 19.