Ball led first-year NBA players in assists (6.1 apg) and steals (1.59 spg) and ranked second in scoring (15.7 ppg) and rebounding (5.9 rpg). He won the first three Kia NBA Eastern Conference Rookie of the Month awards. Edwards, the first overall pick in the 2020 NBA Draft, averaged a rookie-high 19.3 points per game. He was named the Kia NBA Western Conference Rookie of the Month in each of the final three months of the season.

Haliburton, who won the first two Kia NBA Western Conference Rookie of the Month awards, ranked third among rookies in scoring (13.0 ppg) and second in assists (5.3 apg). Bey, the 19th overall pick in the 2020 NBA Draft, made a rookie-leading 175 three-pointers and was named the NBA Eastern Conference Player of the Week for Week 8. Tate, who was not selected in the 2018 NBA Draft, averaged 11.3 points and 5.3 rebounds with the Rockets after playing last season for the Sydney Kings in Australia’s National Basketball League.

The voting results for the 2020-21 NBA All-Rookie Team are below.  The balloting was tabulated by the independent accounting firm Ernst & Young LLP.  Complete ballots for each voter for the NBA All-Rookie Team and the league’s other end-of-season awards will be posted at PR.NBA.com on Friday, June 18. 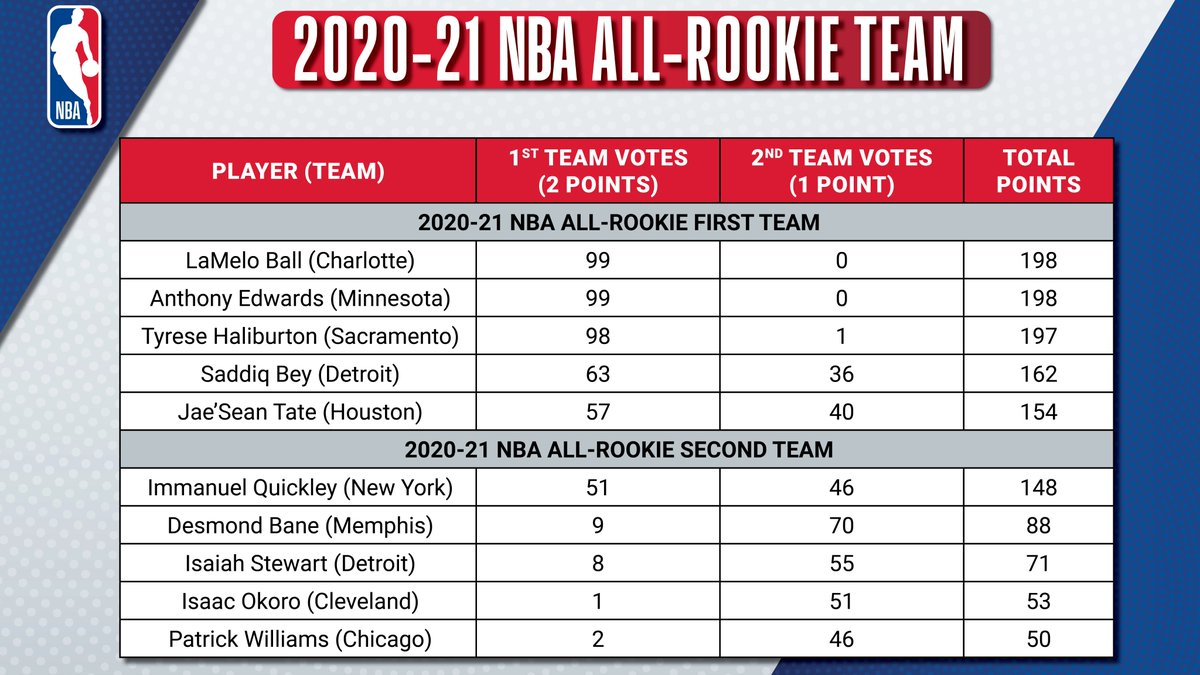 Below are the other players who received votes for the 2020-21 NBA All-Rookie Team.