Due to insufficient organization of the Round 8 game against Partizan Mozzart Bet, the ABA League Disciplinary Judge Hrvoje Vidan made a decision to sanction Crvena zvezda mts.

–    Fine in amount of 7.000 €
–    Closing part of the stands for the next two home games in the AdmiralBet ABA League including: “Parter 4”, “Parter B”, “Bela Loža”, “Tribina A” and “Tribina B” stands. You can find the detailed map of the closed stands in the picture below, marked with yellow.

You can find the original document HERE. 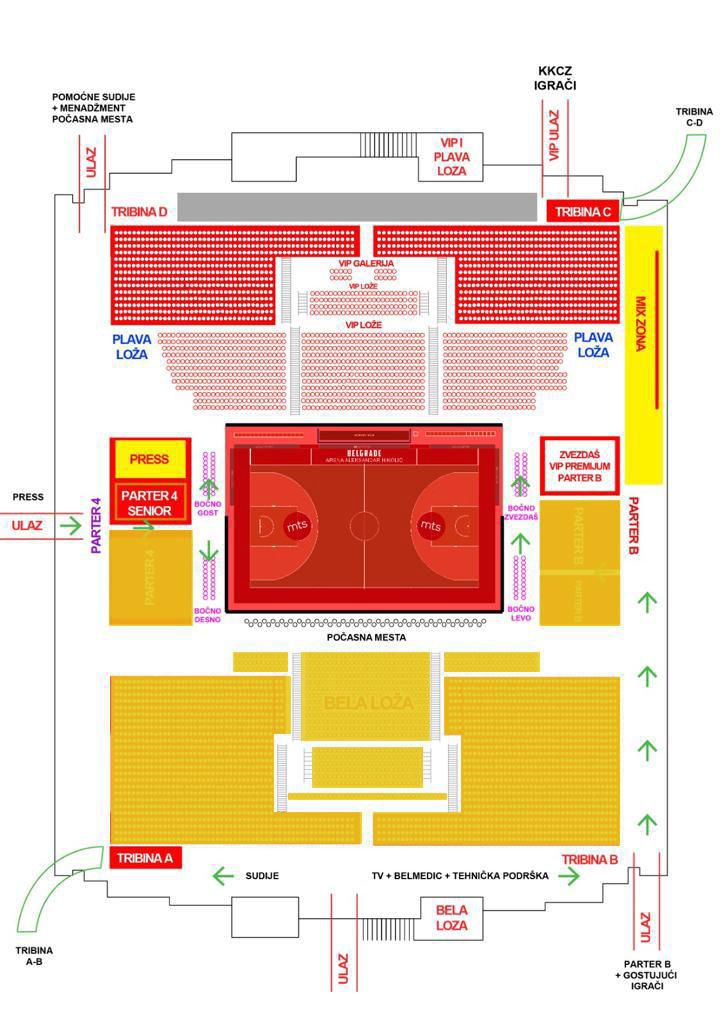