BCL announces team of the week

Two thrilling double-overtime games stole the limelight on Gameday 7 but some huge -and largely unexpected – road wins were vastly more significant in terms of movement in the standings.

The Team of the Week reflects the important success of those road warriors, as only one player on the team enjoyed the comforts of home this week.

The five players who make up Team of the Week for Gameday 7 in the 2019-20 Basketball Champions League Regular Season are Ryan Toolson of BAXI Manresa, Zoltan Perl of Falco Szombathely, Lamonte Ulmer of JDA Dijon, Evangelos Margaritis of PAOK and Jerai Grant of SIG Strasbourg. 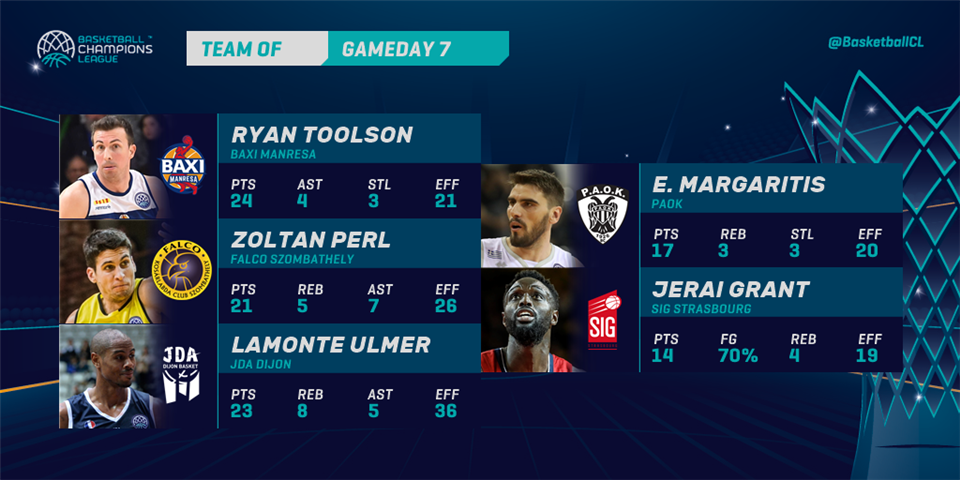