The Basketball Champions League Americas has announced their groups and schedule for the inaugural season that will start on Monday, October 28 in the state of São Paulo, with the duel between Mogi das Cruzes (Brazil) and San Lorenzo (Argentina).

The groups of the new FIBA international ​​club competition in the Americas, to be held between October 2019 and March 2020, have been configured as follows: 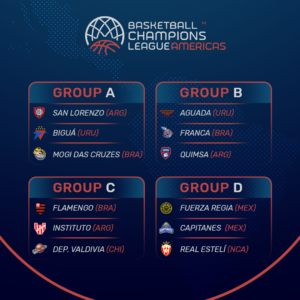 In the Group phase of the BCLA, every team will play each other within the group, in a home and away format, with competition windows on the following dates: October 28 to November 1 (8 games), November 24 to 29 (8 games) and December 16-20 (8 games). The best two teams from each group will qualify to the quarterfinals.

The schedule has been configured as follows: 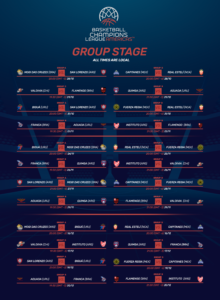 Then the semifinals will be played from February 14-29; and the final, between March 9-14, 2020. All the Playoff series will be to the best of three games, home and way, with a home advantage for the best placed team from the Group Phase.